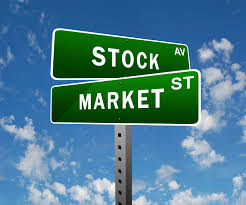 After starting the year where we left off in 2017 with the S&P 500 rising more than 7% in January, the market finally met some volatility that we haven’t seen in several quarters.  Inflation fears, higher interest rates, tariffs, privacy concerns and other issues finally took the buzz off of the tax cuts and made the market cautious for the first time in quite a while.  In fact, the caution turned into a swift and sharp correction which moved stocks down more than 10% from their highs for the first time since 2016.  After recovering just as quickly, the volatility remained and we drifted lower into the close of the quarter.  When all was said and done, the S&P 500 lost-1.2% for the quarter, the Dow Jones was down -2.5% and the NASDAQ actually rose by 2.3%.

As we move into the 2nd quarter, there is definitely optimism for very good growth.  However, we may have some market leadership issues which could lead to continued choppiness and perhaps a much needed change in leadership.  The so called “FANG stocks” (Facebook, Amazon, Netflix & Google) have led this market for several years and they showed the first signs of cracking late in the quarter.  We have seen this before in 2000-2003 and it was a long and hard lesson for a lot of “growth” stocks that got way ahead of themselves.  Valuation does matter even though it hasn’t for the past few years.

The next few quarters will be interesting to see if the growth will trump interest rate fears and to see if the market can smoothly transfer the market leadership – perhaps to the financials which haven’t led in more than a decade.