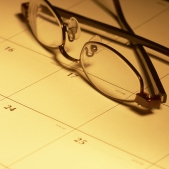 There is one situation in which your required beginning date can be later than described above.  If you continue working past age 70½ and are still participating in your employer’s retirement plan, your required beginning date under the plan of your current employer can be as late as April 1 following the calendar year in which you retire (if the retirement plan allows this and you own 5 percent or less of the company).  Again, subsequent distributions must be taken no later than December 31 of each calendar year.

Examples:  You own more than 5 percent of your employer’s company and you are still working at the company.  Your 70th birthday is on December 2, 2017, meaning that you will reach age 70½ in 2018.  So you must take your first RMD from your current employer’s plan by April 1, 2019–even if you’re still working for the company at that time.

You participate in two plans–one with your current employer and one with your former employer.  You own less than 5 percent of each company.  Your 70th birthday is on December 2, 2017 (so you’ll reach 70½ on June 2, 2018), but you’ll keep working until you turn 73 on December 2, 2020.  You can delay your first RMD from your current employer’s plan until April 1, 2021–the April 1 following the calendar year in which you retire.  However, as to your former employer’s plan, you must take your first distribution (for 2018) no later than April 1, 2019–the April 1 after reaching age 70½.